A place with the burial of St. Nicholas was found in Ireland

One of the stories tells about the possibility of finding the Saint’s grave in Ireland. Just 20 minutes drive south of Kilkenny city is an abandoned medieval village that harbours a mysterious Christmas legend.

Before becoming a saint, Nicholas was an orphan boy who was born in the ancient Roman city of Patara and gave his inheritance to “the needy, the sick and the poor.” He became the bishop of Myra, which is now part of modern Turkey; participated in the Council of Nicaea in 325, which proclaimed Jesus the son of God. He died in Mir on December 6, 343, and was buried there. However, the exact location of the body of St. Nicholas continues to puzzle scientists today.

Some believe that his tomb was and is intact under the Church of Saint Nicholas in Antalya, Turkey. Others claim that his body was stolen and transported to Bari, Italy, where it rests in a crypt under the Basilica of San Nicola. In addition, many believe that relics from the body of St. Nick were stolen and then sold, exchanged, or donated to people and churches around the world.

One of the versions tells about the probability of finding the saint’s grave in Ireland. Just 20 minutes drive south of Kilkenny city is an abandoned medieval village that harbours a mysterious Christmas legend. Formerly known as Newtown Jerpoint, the settlement is located along the confluence of the Nore and Little Arrigle rivers and is believed to have been founded by the Normans around 1160. Even in the 15th century, the city flourished. Archaeologists find houses, a market, a tower, a bridge, streets, a mill, a water management system, and a brewery.

Today, the O’Connell family is the owner and sole occupant of the 120-acre Jerpoint Park.

The ruins of the 13th-century St. Nicholas Church tower over their family home. And according to local legend, Saint Nicholas, the prototype of Santa Claus, was buried here about 800 years ago.

Initially, the relics of St. Nicholas were in Myra Lykia (territory of modern Turkey). And the inhabitants of the city of Bari decided that the transfer of the remains of the saint to their city would contribute to the prosperity of their homeland. Approximately the same thought occurred to the Venetian merchants.

As a result, the remains of the saint sailed immediately to Bari and Venice. In both cities, they were placed in specially built chapels.
Already in the 20th century, two research groups confirmed that the bones from Bari and Venice are parts of the same skeleton. But what does Ireland have to do with it?

In Ireland, it is believed that the remains of Nicholas were taken to Bari by representatives of the French de Frenet family. The De Frenes were crusaders in the Holy Land and landowners in Bari, Italy, and Thomastown, Ireland. Later, they moved to Ireland and transported the relics of St. Nicholas to Newtown-Jerpoint sometime in the 12th century.

A preserved crypt with a grave, on the tombstone of which are carved two knights-crusaders, who are probably responsible for transporting the body of St. Nicholas from the place of his burial.

Excavations have yet to prove or disprove whether this legend has historical relevance.
But that doesn’t stop the 10,000 annual tourists who visit St. Nicholas’ grave in Jerpoint Park from believing in the legend. 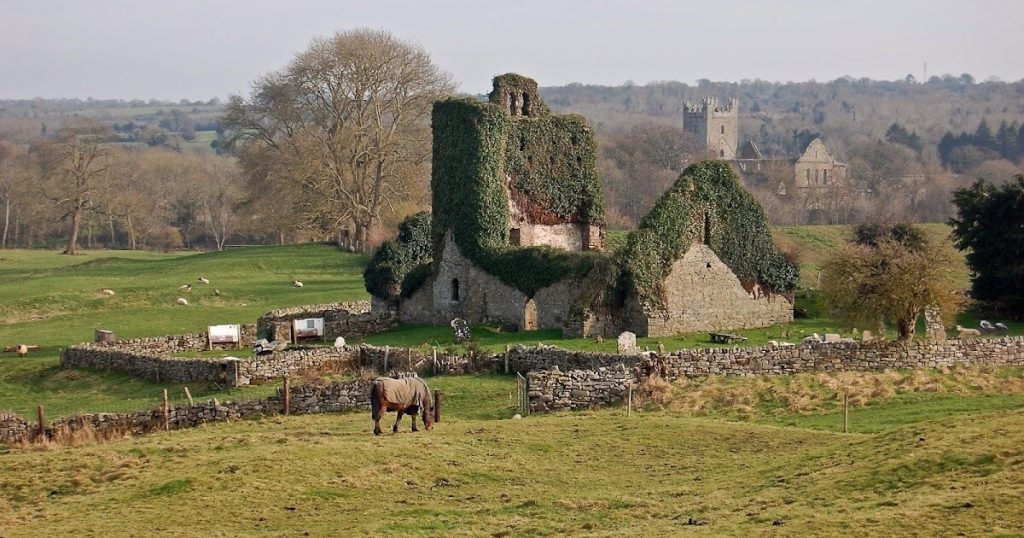 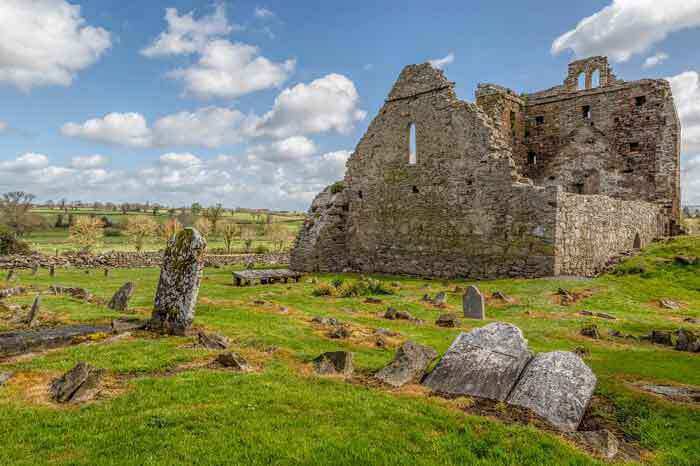